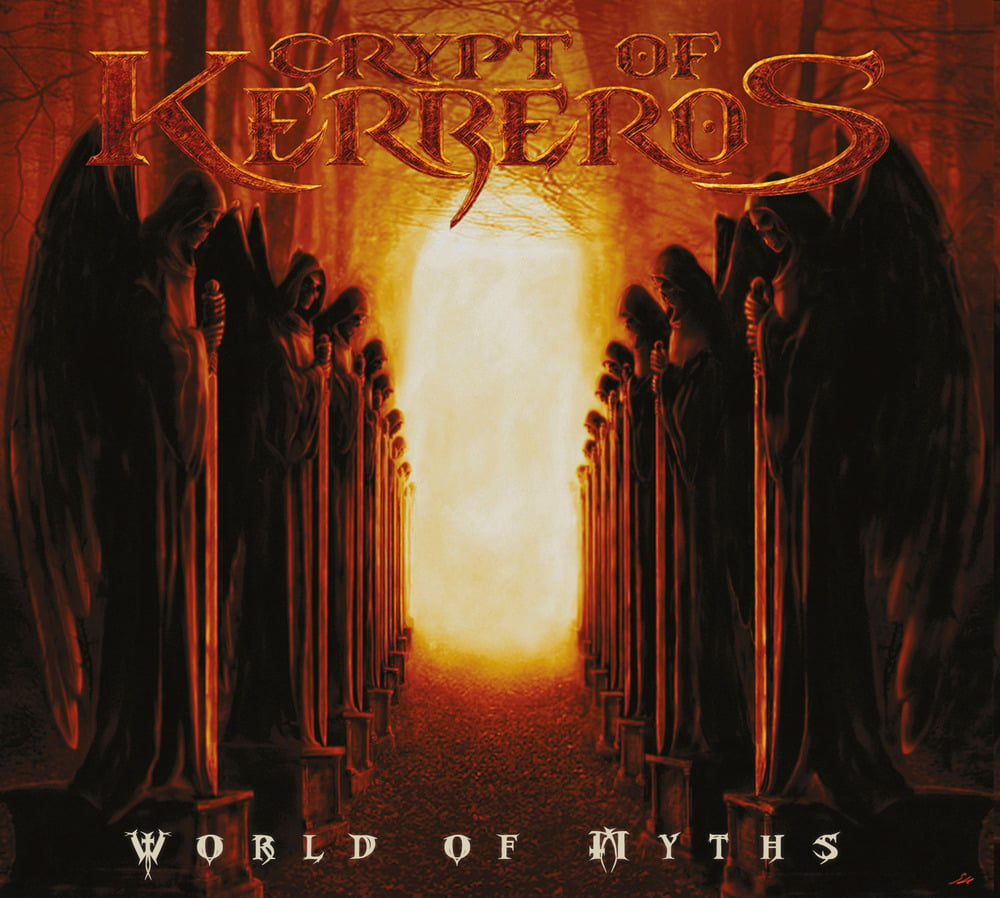 For the first time in almost 20 years after the audaciously innovative “World Of Myths” was released, the old Swedish Prog-Death Metallers CRYPT OF KERBEROS will celebrate the band's glorious return with this piece of criminally underrated 1993 re-issue masterwork!

Defying all odds and intently oblivious to any form of musical trend, “World Of Myths” focuses on powerful passages that are so cleverly interweaved with avant-garde arrangements, but never for a moment losing the core aspects of Death Metal integrity. Two decades have almost passed since the debut release of “World Of Myths” and the formidable mind-boggling musicanship on this album still sounds fresh and exciting even today!

Packaged in an exclusive Digipak CD format with a brand new artwork and layout, the CD booklet also includes live and studio images from the band's active years and with a special liner note recollecting the events that took place during the “World Of Myths” sessions written by CRYPT OF KERBEROS drummer Mattias Borgh. Digitally re-mastered by Peter Bjärgö at Erebus Odora Studio, Sweden (Interment, Regurgitate, Arcana, etc), this re-issue edition also includes never-before-released rehearsal demos of the entire “World Of Myths” session recorded in 1992.