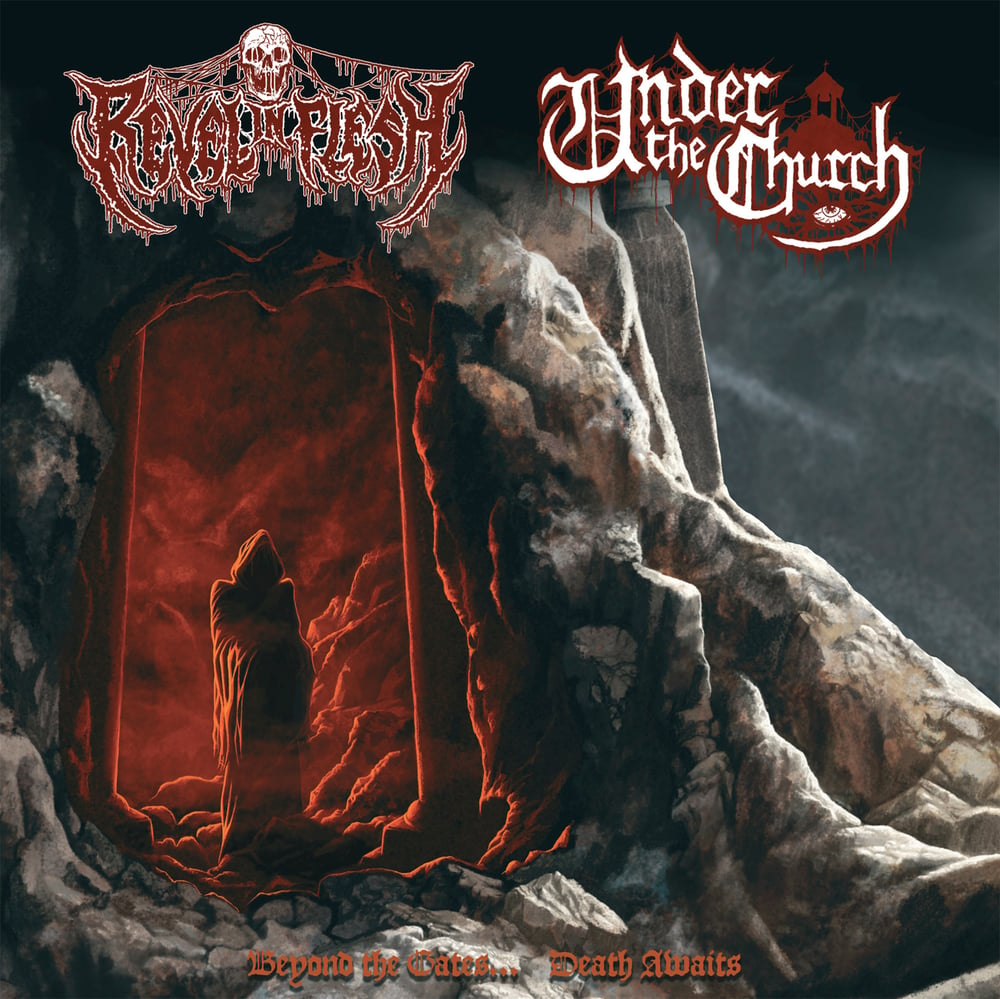 Two of underground's most desecrating Death Metal bands join forces in this very exceptional split 7-inch EP entitled "Beyond The Gates... Death Awaits"; with each band covering their personal classic favorites of the early years. Swedish filthmakers UNDER THE CHURCH takes on Canadian cult Thrashers Razor with their own spectral rendition of the 1985 'Evil Invaders' while German cryptmongers REVEL IN FLESH steps up the game with their crushing version of Brazilian Death Metal veterans Headhunter D.C.'s 'Deny The Light'.

TRACK LISTING:
Side A:
UNDER THE CHURCH - Evil Invaders

Side B:
REVEL IN FLESH - Deny The Light